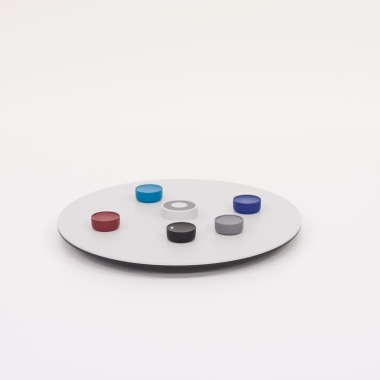 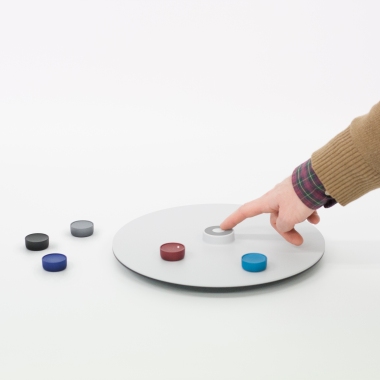 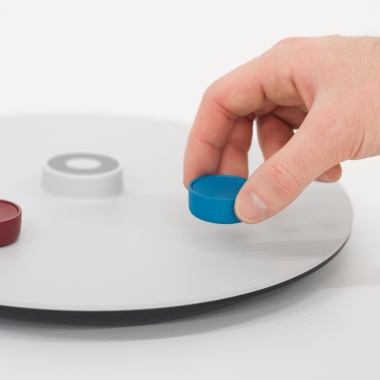 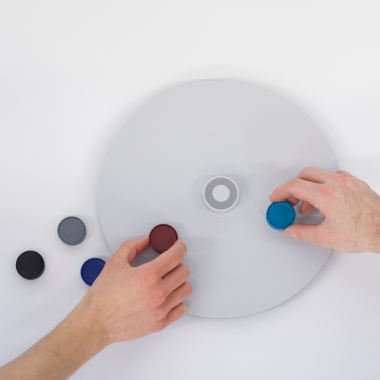 This project was in collaboration with Design Products at the RCA,

Our concept was simple, transform listening to music in groups so that it becomes a democratic, playful and material experience.  We wanted to reject the individuals control of music at a party and also move away from control via our phones.  We felt that both interaction with object and social interaction could be transformed resulting in a richer listening experience.

Our design was for a physical object to sit in the middle of the party.  On the white ‘active area’ base you could place a coloured ‘pebble’.  This pebble told the base to play music from the playlist you have associated with it. Remove the pebble from the base and it stops playing.  Now if someone else adds their pebble to the base they too can influence the music.  By working out the distance of each pebble from the centre it controls the probability the next song to play comes from your playlist or your friends.  So if you’re pebble is closer it’s more likely your song will be next, if your friend moves theirs closer then it’s more likely their song will play, however no one can be sure.  This system is open to misuse, the stealing of pebbles, constant rearranging and sliding.  The idea is that it offers social interaction opportunities through both it’s material form and function as well as through it’s digital connectivity.

For our presentation, we presented a working prototype using TUIO object tracking, and Processing.